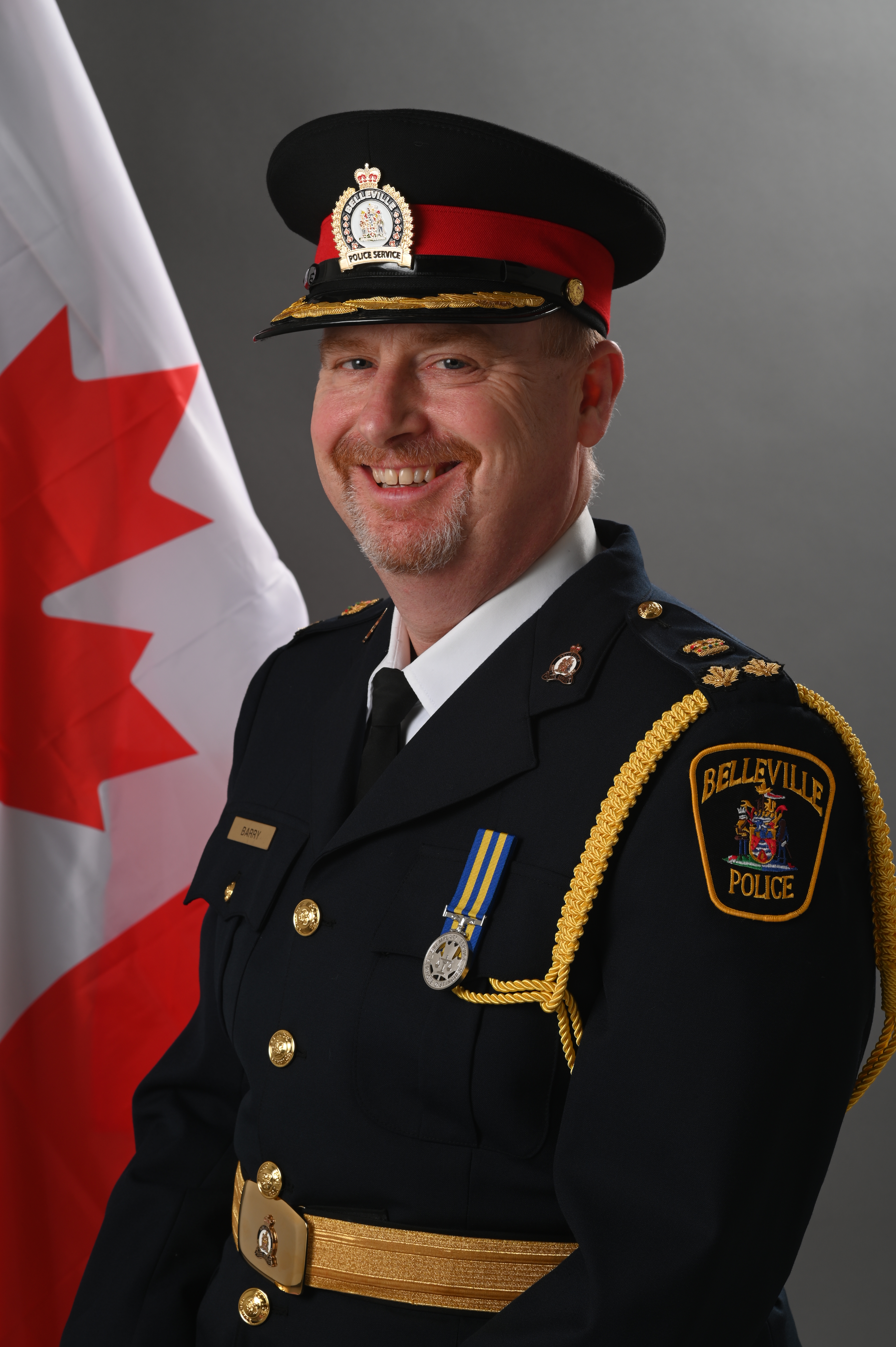 Deputy Chief Chris Barry was raised in Moscow, Ontario and graduated from Regiopolis-Notre Dame Catholic High School in Kingston, Ontario. He went on to attend Queen’s University and graduated in 1991 with a Bachelor of Arts (Honours) in History and Geography. He began his career with the Belleville Police Service in October of 1992.

Deputy Barry worked in general patrol until February of 1995 when he was assigned to a position as a Community Services Officer responsible for media relations and teaching the VIP program to area elementary schools. From June of 1996 to August of 1998, he worked as the Community Police Officer for the North-West Zone in the city and from September of 1998 to April of 2000, he was the Service’s initial School Response Officer responsible for proactive and reactive policing in the city’s five secondary schools.  He then returned to uniform patrol before being assigned to the Criminal Investigations Branch as a Detective Constable from January 2004 until August of 2005. In this position, he primarily worked investigating child abuse and sexual assaults.

Deputy Barry was promoted to the rank of Sergeant in September of 2005 and assigned to Court Services for a two-year period. He then returned to the Operations Division as a patrol Sergeant before being promoted to Staff Sergeant in January of 2010. He remained in that division supervising one of the four platoons of uniformed officers before being named the Acting Inspector of the Operations Division in November of 2014. In September of 2015, he was promoted to the rank of Inspector remaining in charge of the Operations Division of the Belleville Police Service. In January 2017, he was transferred to Support Services overseeing the Criminal Investigations Division, Street Crime and Drugs/Intel Unit, courts, property, and facility services. In 2018, Deputy Barry received a certificate in Police Leadership from the Rotman School of Management (University of Toronto). In 2019, he was certified as a Level 3 Police Executive by the Ontario Municipal Management Institute. In January 2020, Deputy Barry returned to Operations as the Divisional Commander. 2020 also saw Deputy Barry admitted as a member to the Order of Merit of Police Forces. In January 2021, he was promoted to his current position of Deputy Chief of Police.

Some photos on this site generously
provided by The Belleville Intelligencer